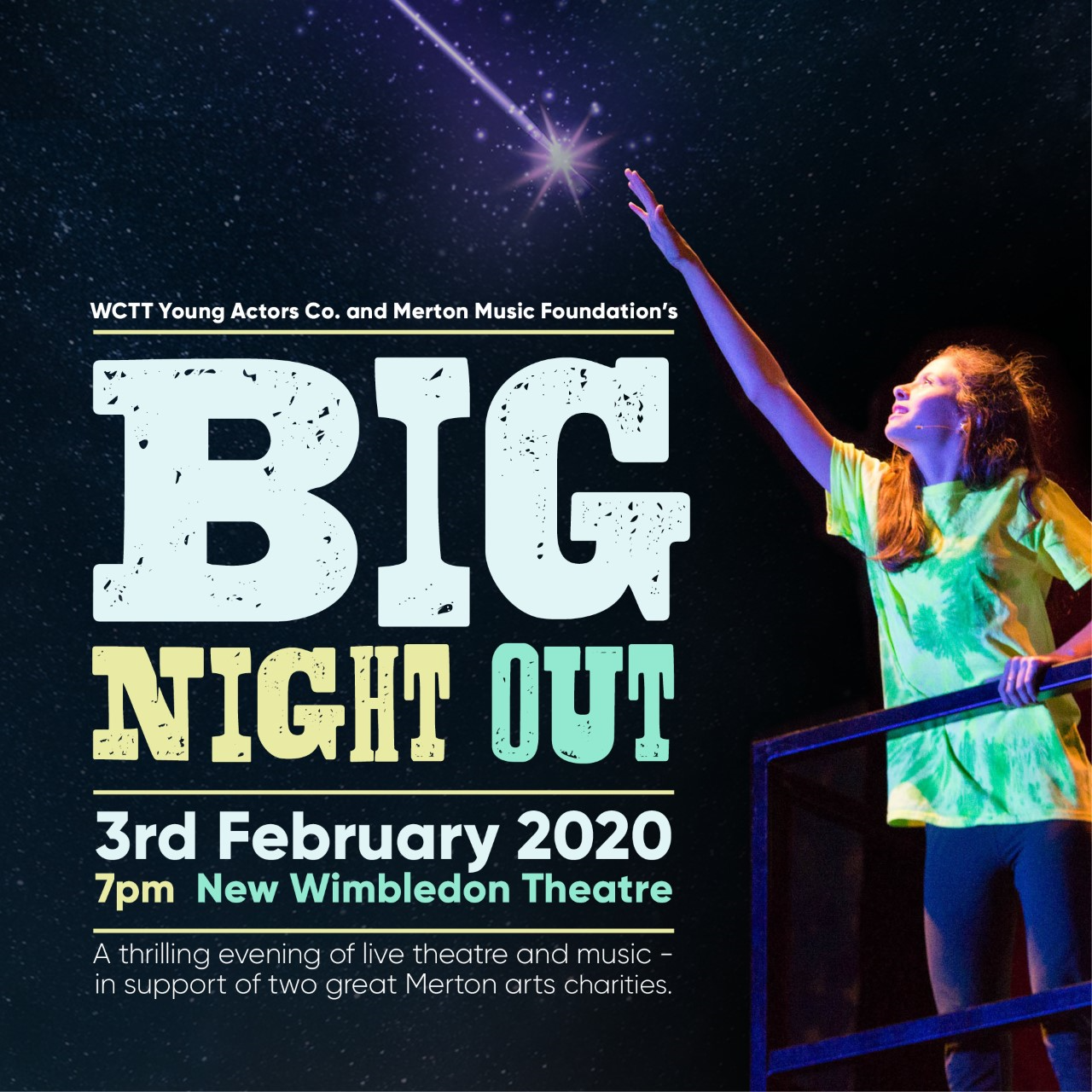 WCTT Young Actors Co have joined forces with Merton Music Foundation to produce BIG NGHT OUT - a benefit performance in aid of their two charities at New Wimbledon Theatre on 3rd Feb.

“Big Night Out will be an evening of magical music and thrilling drama,” says WCTT Creative Producer, Andy Alty. “It’s full of songs you can sing along with and theatre that’ll have you cheering and booing. The audience will also be helping to support the great work that Merton Music Foundation and WCTT Young Actors do throughout the year.”

The programme includes a blockbusting selection of songs from stage and screen performed by the Merton Youth Concert Band along with the world premiere of WCTT Young Actors’ thrilling new production Twist! Expect lashings of comedy, audience participation with a 21st-century twist!
‍
Big Night Out is Produced by WCTT and Merton Music Foundation in partnership with New Wimbledon Theatre and supported using public funding by the National Lottery through Arts Council England and The Taylor Family Foundation.